I woke up that morning, walked into the living room and poked D buried in the couch.

Me: Hey breakfast? Savoury or sweet?
D: Mpphrgghhh.
Me: Ok both.

Before I start, I just want to explain that these two breakfast goodies are NOT meant to be eaten together. Unless you're a little bit strange. And lets face it, we're all a little bit strange, which makes those who are perfectly normal the strange ones.

Right, first the pancakes. Cinnamon is actually one of D's favourite things. I like cinnamon too, but he takes his love for cinnamon to a completely different level. Cinnamon flavoured chewing gum anyone?

So I present to you a step-by-step guide to making Cinnamon Apple Caramel pancakes... from scratch.

First get half a cup of sugar, two tablespoons of butter and two tablespoons of water and bring to a simmer. Be careful, simmering sugar is VERY HOT. You want to get it to a point where the sugar has dissolved into a syrup, and the syrupy mixture turns a caramel brown colour, like so: 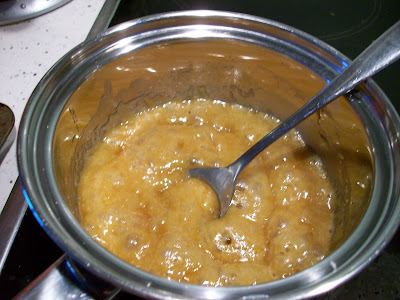 Prior to mixing the sugar, you will have of course been super organised and cored and diced some apples. Most people prefer the apples peeled, but I like the texture of apple skin, so I kept this on. Remember, you need to get the apples ready because there is a point where the bubbling caramel mixture turns into caramel and is ready to engulf the apples in its warm sugary love. Wait any longer, the sugar burns and there's no turning back. You'll have a pan of burnt sugar which you need to scour, and missed out on really good caramel. 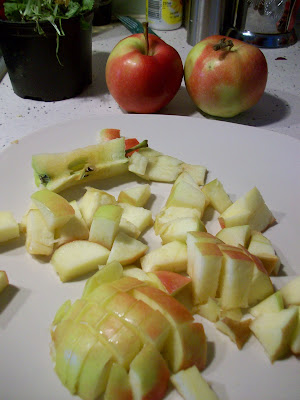 So go ahead and dunk your apples in! Mix to coat and let it simmer awhile more. 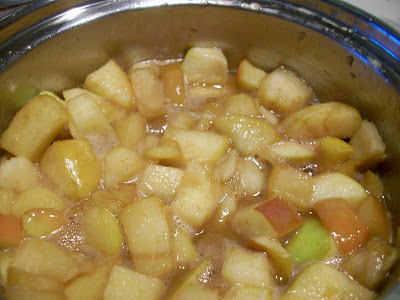 Now take some cinnamon. I happened to be in Tesco when I got this but cinnamon is cinnamon, so any one will do. Haha, my thumb is FATSSSS. 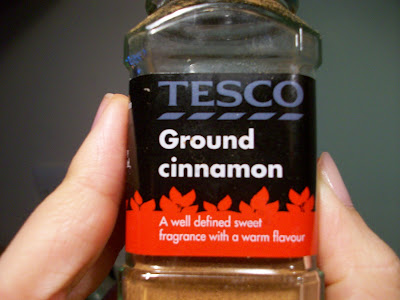 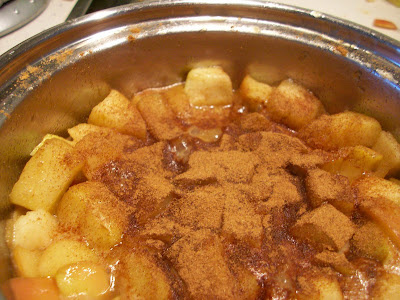 Now for the pancake batter, this is the mixture I have been using since time immemorial. Well not really, since a French friend of mine taught me how her mummy makes it: One egg, one cup flour, half cup water, half cup milk, and a little bit of salt. Only I changed it a little bit, and tweaked it to how I like pancakes! One cup flour, one cup milk rested with a teaspoon of vinegar (makes a good buttermilk substitute) one egg, a little bit of salt. Simple right? But soooo good trust me. 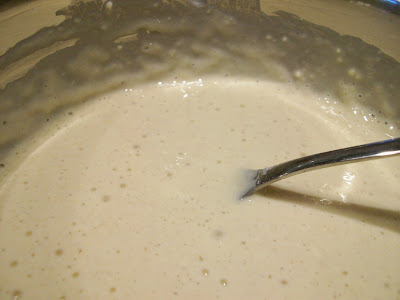 Next spray the skillet with some oil and put a little bit of batter, swirling to form a thin pancake. When the top starts bubbling, it's a good time to flip. Unlike this prematurely flipped pancake. 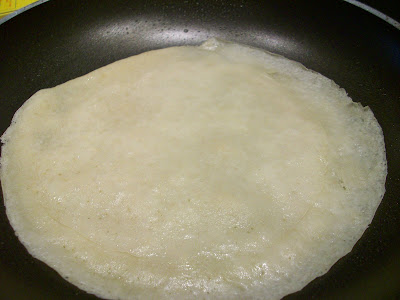 Make a stackful. I'll present the final product in a bit :)

Whilst you're doing all this, you would have been boiling some diced potatoes for your Spiced Potatoes! I boiled these in a chicken stock for extra flavour. Mmmm.. 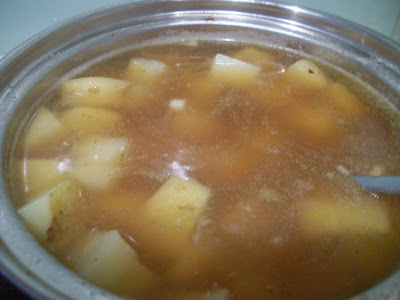 Spray some oil in a pan, cook some diced onions until translucent and soft and lay the cooked potatoes in one layer (so they all get the chance to be coated in a lovely crispy outer layer). Season pepper, cayenne pepper and Lawry's Seasoned Salt. 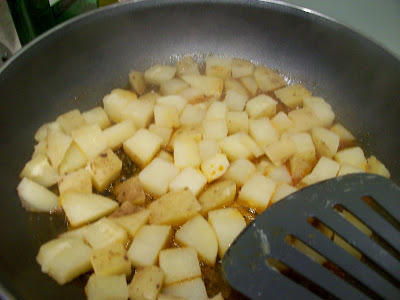 Get a little closer... 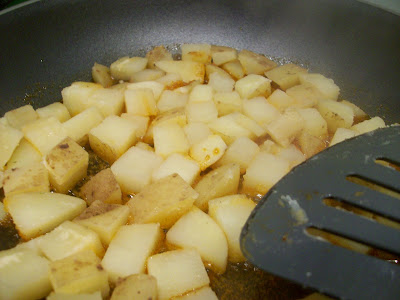 When one side is to your satisfactory level of crispyness (crispiness?), flip them and do the same with the other side.

Here's what the pancakes looked like stacked and drizzled with apple caramel topping, and of course the potatoes: 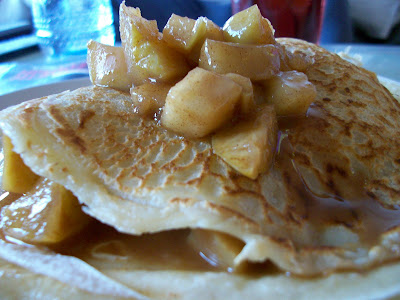 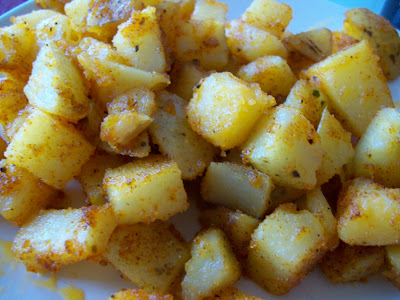